" - Yesterday Thirty- three children 's heart became monstrance . Today, thirty- three children have Christ - carrier . Today, thirty-three family guest of Jesus .
On May 18 , Easter Sunday, Sun 33 children to renew their baptismal vows , which was for them once their parents and godparents , when the children were chosen by God in the sacrament of baptism .
A packed St. Stephen's Basilica parents, godparents , relatives and supporters of the parish by themselves, or more children First Holy Communion could be due to when the white-clad little boys and little girls in their seats in their assigned place , who was flanked by their parents. The prayer with hands , scanning the gazes have also revealed that some great things are happening in their lives . Internal unrest crept over their faces , as after the first Confession of excitement waiting for the encounter with Jesus . 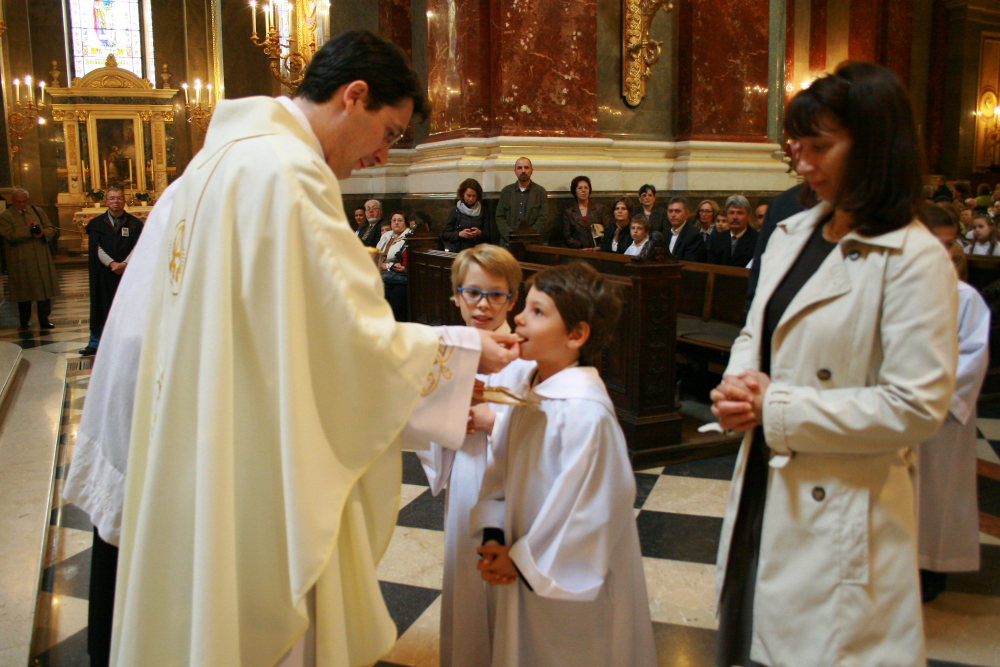 The carefully prepared , with sufficient knowledge , childlike sense between the good and the bad, the daily bread , wafers , scientists distinguish between the body of Christ Holy Communion children contributed . At the end of Mass, the parents blessed their children.

Please fill out the form below to subscribe to our newsletter. We handle your data securly, we will not share your information with third party.